Bitcoin price went back below $10,000 for the first since July (testing below $9500 intraday before rebounding)… 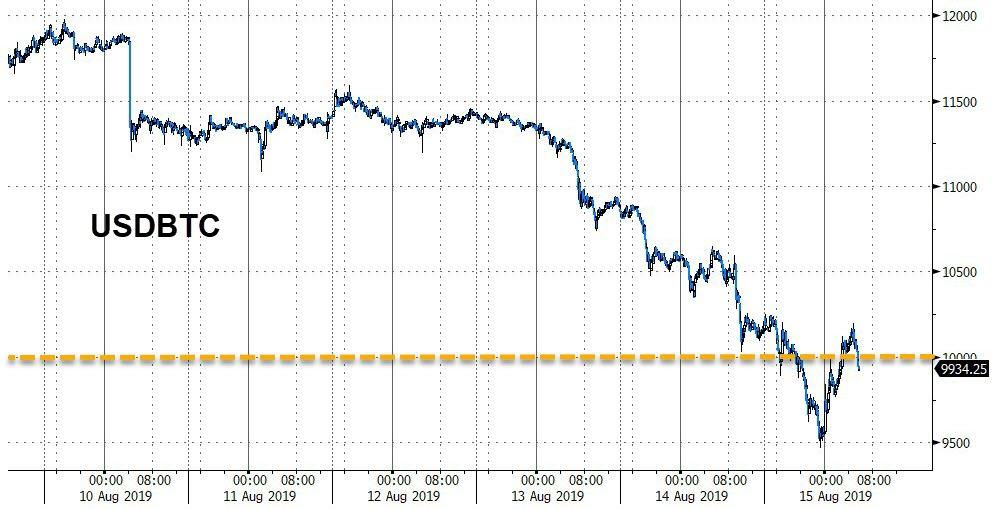 Amid a downturn in the cryptocurrency markets, the apparent swathe of Bitcoin sell-offs from a $3 billion Chinese Ponzi scheme could be to blame.

As Wan outlines, PlusToken was created in mid-2018 and promised high yield investment returns at different rebate percentages to its four tiers of member — a classic Ponzi scheme structure. By early 2019, the project claimed to have over 10 million members.

Wan has attached data on all the wallet addresses — including Bitcoin (BTC), Ether (ETH) and EOS— known to be associated with PlusToken and urgently called on exchanges and over-the-counter platforms to blacklist them.

She notes that Chinese police hunted down a core team member of the scheme two months ago and have revealed that investors were scammed of a whopping $3 billion.

Alongside the addresses, Wan has attached investigative data from security audit firm Peckshield that reveals the money flow from PlusToken’s wallet as of early July, the date the sell-offs are thought to have begun: 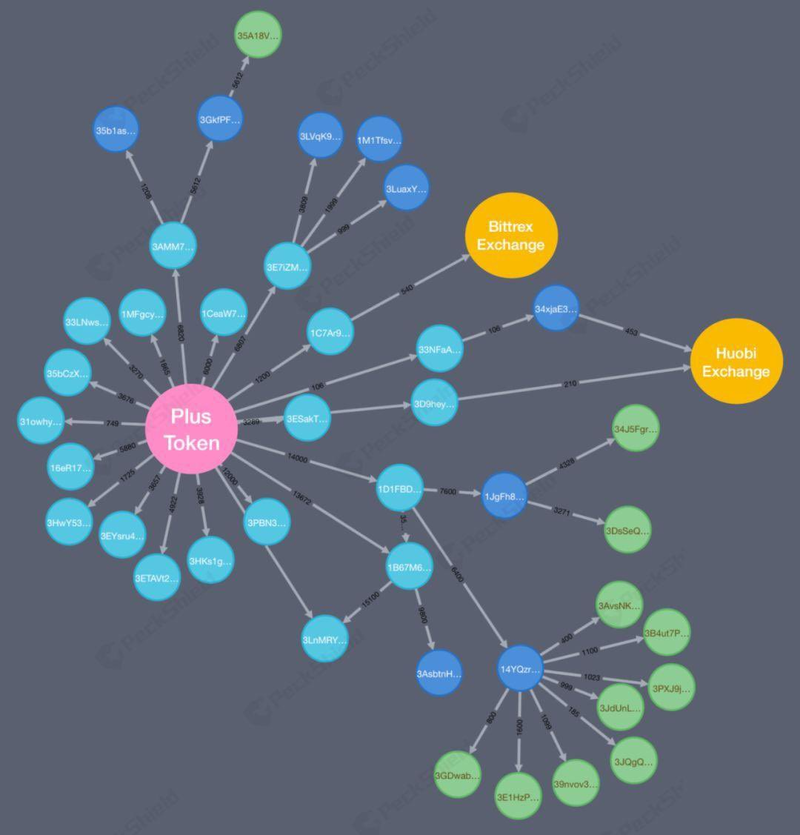 Despite the arrest, the cryptocurrency cannot reportedly be rolled back, as Wan explains:

“Many of their BTC addresses are started with P2SH which commonly used for mutil-sig, most likely some ppl who hold the keys are not being caught hence police can’t unlock the wallet. For EOS/ETH wallet can be diff case but so far police was not able to touch any of those.”

In an attempt to curb the impact of the sell-offs, she has recommended that Peckshield and blockchain analytics firm Chainalysis analyze the flows more closely, noting that PlusToken appears to be moving their funds in small batches of 50-100 BTC into exchanges.

Chinese traders have reportedly claimed that an unknown address has in recent days been dumping 100 BTC incessantly on crypto exchange Binance, which Wan suspects to be connected to the scheme.

As just reported, the PlusToken scheme was identified as being the largest single incident of loss in a recent summary of 2019 crypto-related theft from blockchain security firm CipherTrace, having purportedly defrauded investors of $2.9 billion.