Basic Attention Token (BAT) is an integral part of the platform, creating a new market. Together with the Brave web browser, they discover to the user the world of advertising and the Internet, in which your anonymity comes first. 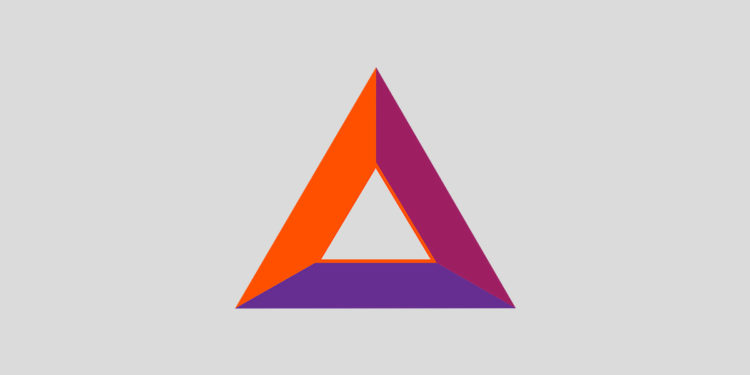 History and current status of the project

The first online banner ad appeared in 1994. The advertiser was Hotwire and a 44% clickthrough rate. At that time it was relatively insignificant, but it suggested the promise of a “free” website – paid by advertisers. A whole new industry, ad-tech, has evolved from this first small step. Companies with a value of many billions of dollars appeared, offering software “for free”, where the real price was collecting information about you to fuel the advertising economy.
The Brave platform (we will describe the combination of the BAT token and the Brave browser in this way) was founded by the author of the world-popular Java Script programming language, co-founder of Mozilla and Firefox: Brendan Eich.

BAT token is based on Ethereum blockchain , ERC-20 standard . The project came to light on May 31, 2017 and was awaited by a very large group of supporters. Just before the start, many experts claimed that BAT and the Brave browser can set new trends in the market of web browsers and ads displayed on our monitors. Today we can confidently say that they were right.

BAT improves the efficiency of digital advertising by creating a new token that can be exchanged between publishers, advertisers and users.

The BAT token enables micropayments that are supervised by the Brave Ledger system. The general concept is that the advertiser sends the token payment along with the ads to users in a blocked state (cannot be used). When users view the ads, the payment flow is unblocked, retaining part of the payment in their own wallet and transferring the shares of Brave payments, and the remaining part is transferred to the Publisher.

In the BAT ecosystem, advertisers grant BAT publishers for attracting users’ attention. Users will also receive some BAT for participation. They can pass them back to publishers or use them on the platform. This transparent system maintains the privacy of user data by displaying less but more relevant ads. Publishers experience less fraud and at the same time increase their percentage of rewards. The first part of the solution, the Brave browser, is now working. Brave is a fast, open, privacy-oriented browser that blocks intrusive ads and tracking modules, and includes an accounting system that anonymously measures aggregation of user attention to accurately reward publishers.

The project is still being developed by one of the best teams in the entire cryptocurrency ecosystem.

Brendan Eich (creator of BAT and Brave) – was born on July 4, 1961. Creator of the popular JavaScript scripting language. Co-founder of Mozilla and Firefox.
Brian Bondy (the main programmer of Brave Software) – Like Eich, he worked on such well-known projects as Firefox or Mozilla. It was during the work on these projects that he met Eich with whom he created Brave Software. Co-founder of VisionWorks Solutions.
Ben Livshits (Chief Scientist) – associated with Microsoft for many years (over 10 years). In Brave since 2017. He worked for Yahoo among others.

Nowadays, more and more people are using various types of applications to block ads on the Internet and help to hide our real IP. Every marketer is well aware of the power of online advertising, on the other hand, he knows how hard it is to reach such a customer. The Brave web browser and BAT are to change this.
Brave focuses on users’ privacy by protecting their data, blocking ads and scripts that allow tracking and collecting data about them. As a reward, users get the opportunity to earn BAT tokens.

The community gathered around the project is its greatest strength.

Among the many features of the Brave browser, Brave Shields deserves special attention. Shields prevent internet trackers from following you online. Even Brave Software doesn’t know what you are doing. Shields block tracking modules and ads based on them immediately after installing and launching the browser; you don’t need to enable or configure anything. Browse the web, convinced that nobody deals with your interests and reading habits.

Brave also has a built-in AdBlock, thanks to which you will get rid of intrusive ads.

The browser has private windows that are directly integrated into the Tor network. Using Tor in a private window means that the pages cannot see your real IP address during your visit.

When you later return to the same page in a private window with Tor, the page will not be able to recognize that it is you again – thanks to that you can remain anonymous.