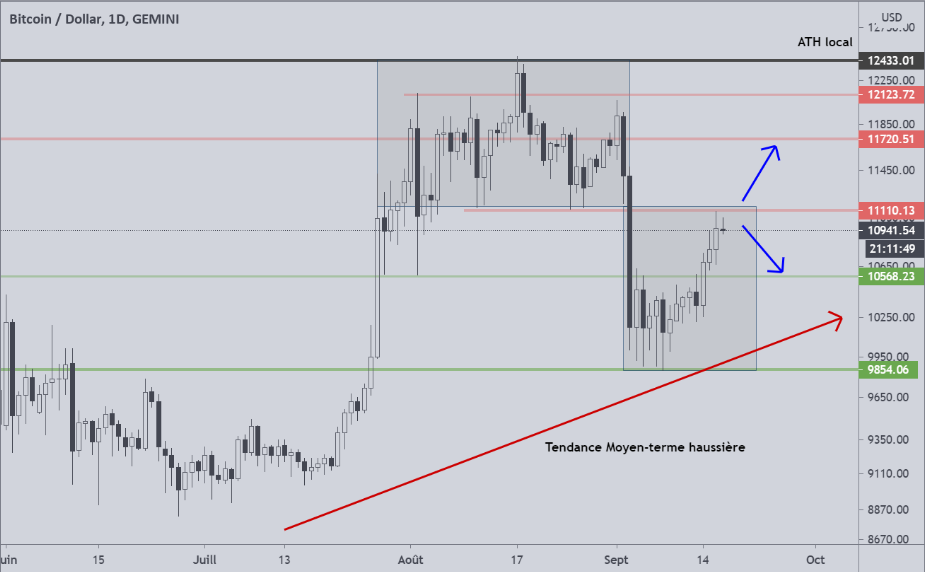 The medium and long term uptrend remains unchanged. We can, however, consider 2 short-term scenarios.

A little basic never hurts. MicroStrategy, an investment firm listed on Wall Street, recently reported having acquired 38,250 BTC for a whopping 425 million, or exactly … $ 11,111 per Bitcoin.

This is one more sign that measures the speed at which Bitcoin is financially adopted by institutions.

After giving us a few cold sweats at the start of the month, Bitcoin is once again showing that it is to be counted on. And if the banks or big Wall Street players continue to get involved, maybe this is the last time we saw Bitcoin under $ 10,000?