Miner capitulation continues: Profits are dwindling, more devices are being shut down, and hashrate is falling. This also affects the already ailing lending platforms.

One does not want to be a crypto lender these days. After the failure of FTX tore deep holes in the balance sheets of some lending platforms, the miners are now being hit hard.

According to Bloomberg, miners have taken out around $4 billion in loans to buy mining equipment. Now that the price has plummeted, miners’ profit margins have fallen — sometimes negatively — and with them the value of mining equipment, which lenders were happy to accept as collateral while miners’ profit rates were high.

Some of the lending platforms that have made such loans include or have included Celsius, BlockFi, Galaxy Digital, Foundry of Digital Currency Group, and New York Digital Investment Group.

Now the miners are coming under pressure from several sides: on the one hand, the Bitcoin price fell – and with it their earnings – and on the other hand electricity prices rose – and with them their operating costs. As a result, some miners can no longer repay their loans – they are insolvent. For example, Iris Energy Ltd will soon be insolvent, Core Scientific is likely to be; other mining companies are leasing the now worthless mining equipment to the lenders instead of paying the installments even though they would still be liquid. And they stay put for better or worse.

Bloomberg believes more bankruptcies will follow, both publicly traded and private miners, and this threatens to sweep more lending platforms with them. Either way, it will inflict further wounds on the already battered platforms.

The unfavorable circumstances of the miners are now also reflected in the hash rate. This has fallen from around 270 exahash in mid-November to now 250 exahash, with a temporary low of 234 exahash. That would be a reduction of the total hash power by a good 10 percent. 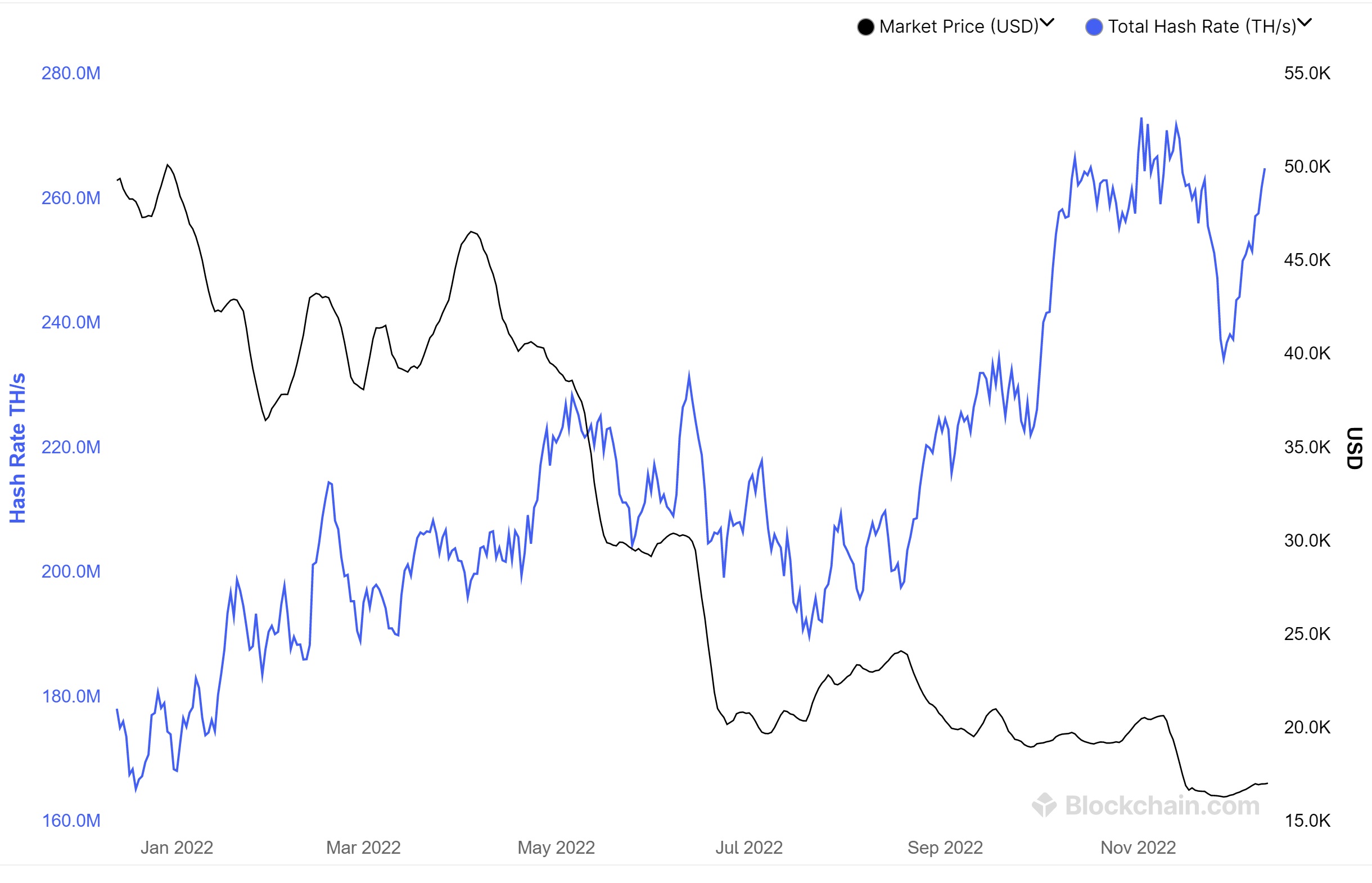 That’s significantly less in relative terms than in 2018, when the hashrate dropped from 50 to less than 40 exahash — also in late November. In absolute terms, however, apart from a temporary dip in mid-2021, the decline is unprecedented. It corresponds to around 80,000 Antminer S19, the latest generation from Asics. Since the miners tend to switch off old devices, the number of miners that are now useless is likely to be a lot higher.

As the hashrate shrinks, it appears to be becoming a little more centralized. The five largest pools , Foundry, AntPool, F2Pool, Binance and ViaBTC together account for more than 80 percent of the hash power.

After all, it’s not far to the next adjustment of the difficulty . This is expected on December 6th and should reduce the difficulty by more than 8 percent. This will probably ensure that the hash rate increases again, since the operation of old miners is a little more worthwhile again. Bitcoin regenerated.