No one expected such a start to the new year on the bitcoin price charts. Tonight, the bitcoin price briefly exceeded 21,000. dollars. Thus, the first cryptocurrency broke the key moving average, which was last observed before the ATH in November 2021.

The BTC price is rising

The green indicators of the top cryptocurrency prices have not gone out for several days. Tonight, the bitcoin price broke the 21,000 mark for the first time since November 2022. dollars. Thus, the first cryptocurrency managed to return to price levels before the fall of FTX. 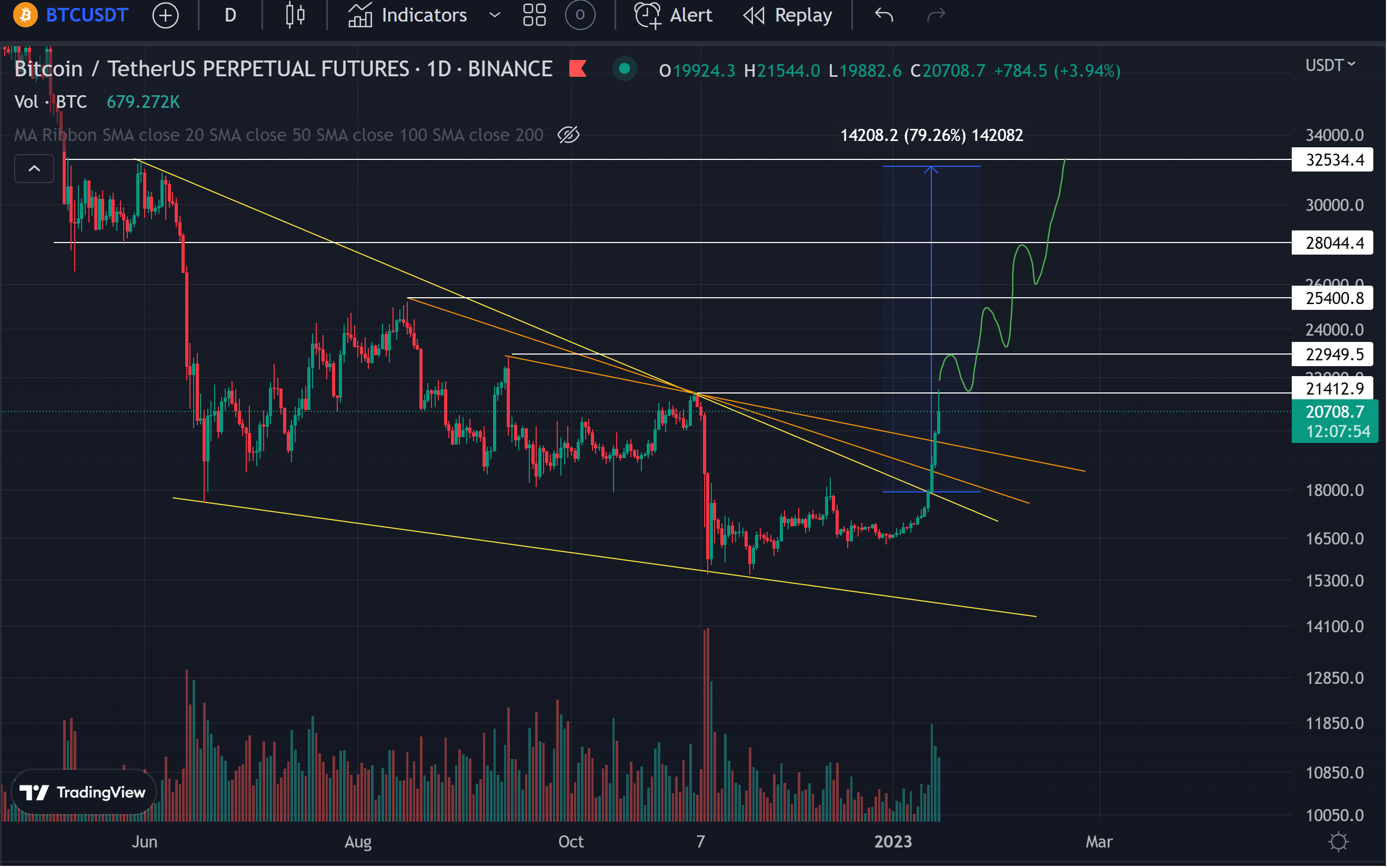 As indicated by data from TradingView tracking the course of the BTC/USD trading pair, tonight the first cryptocurrency was at the level of $ 21,247. It took place on the Bitstamp exchange. Many analysts pointed out that despite breaking the key support line, there may be a correction at any moment and BTC will return to the levels from a few days ago.

However, so far, Bitcoin’s rise has only been accompanied by short periods of consolidation, with some traders boasting weekly gains of nearly 25%.

Moreover, the above data point to several important facts. First, the BTC/USD exchange rate recorded its realized price of $19,700. Further, we are again above the 2017 ATH, i.e. 20,000. USD and, very importantly, the first cryptocurrency to break the 200-day moving average. This last detail faced a resistance line that could not be broken since October 2021, a month before the last Bitcoin price record.

“ Like ETH, bitcoin is gaining momentum ,” points out a team of on-chain analysts from Material Indicators.

Another trader and cryptocurrency analyst – Rekt Capital – was tempted to go further and compared the current market situation to the event of 2019, when the return of the bulls after the macroeconomic low of the previous cycle was only noticed, when the BTC price halved in December 2018.

– he added in the comment next to the chart. 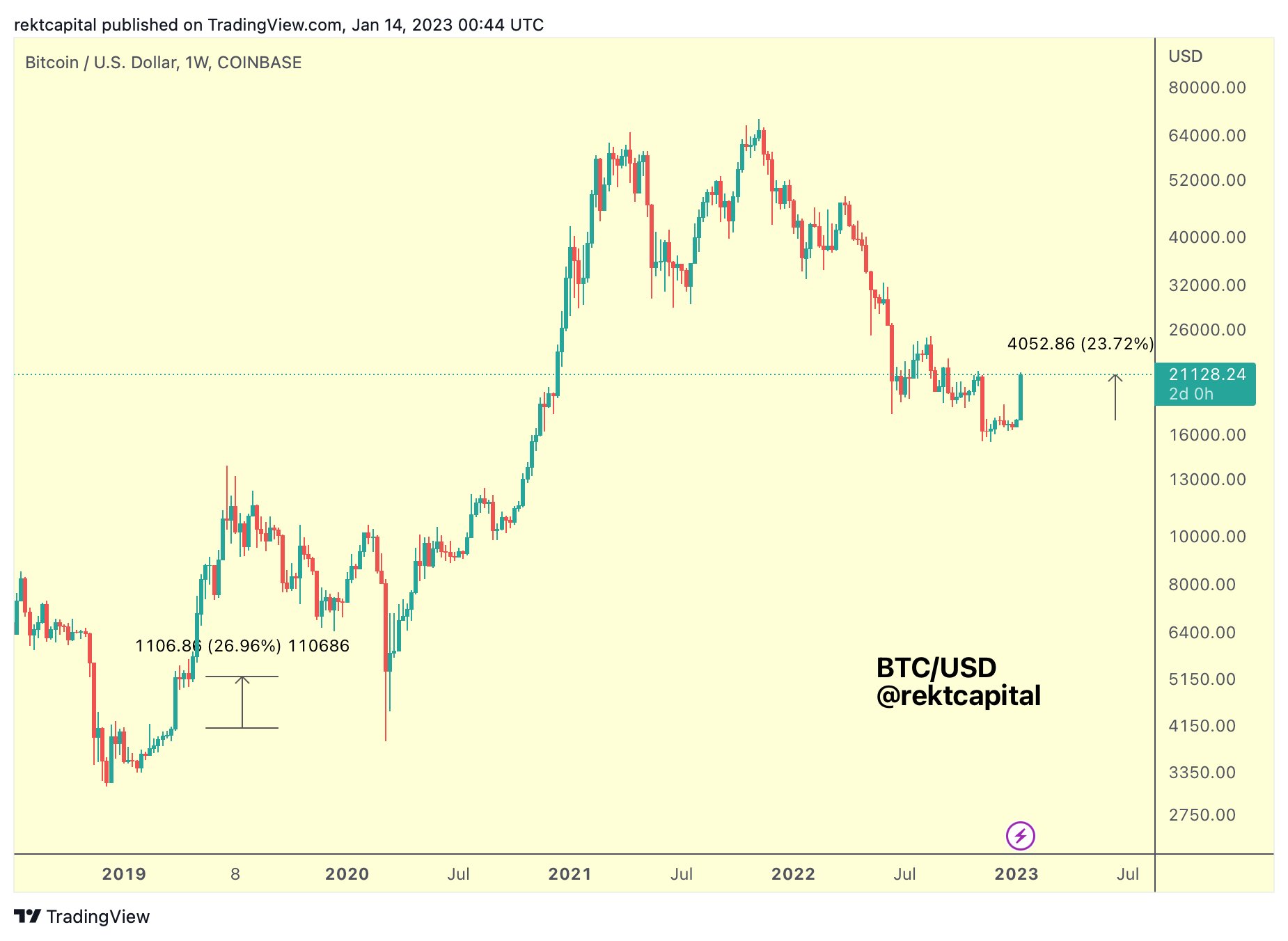 Short liquidations at a record level for 18 months

The ongoing increases in the price of the first cryptocurrency caused considerable pain to the bears. This resulted in the liquidation of hundreds of millions of dollars of short positions.

According to Coinglass, liquidations on January 14 alone totaled about $125 million. Moreover, nearly $300 million of closed shorts have been recorded since January 11. Including altcoin positions, short liquidations totaled nearly $775 million over the same three-day period.

Dylan LeClair, who is a senior analyst at UTXO Management, commented on the level of closing short positions observed in recent days. He pointed out that they had reached their highest daily levels since mid-2021. He also added that: