Bitcoin, after soaring to all-time highs last year, has to some degree slowed down in 2022, however, traders are prepared for “big surprises” this week.

The bitcoin price has dropped to under $50,000 per bitcoin, down from highs of nearly $70,000 toward the end of last year as Russia’s conflict in Ukraine sent shockwaves through worldwide business sectors.

An enthusiastic prediction says that the bitcoin price could rally above 1 million dollars in an upside call for both gold and bitcoin which is considered a dramatic scenario.

“Our emerging markets bond investment team attempted to quantify the emergence of new gold or bitcoin-backed currency regimes,” analysts at investment manager Van Eck wrote in a note this week, highlighting money changing because of “sanctions on Russia’s national bank” that is eliminating U.S. dollar, euro and yen reserves.

“The bottom line is that the upside for gold and bitcoin is potentially dramatic. Specifically, the framework estimates gold prices of around $31,000 per ounce and potential Bitcoin prices of around $1.3 million per coin. Adjusting for greater strains on financial and monetary systems generates even higher prices.”

In any case, the note the two Van Eck, analysts, Eric Fine and Natalia Gurushina, forewarned that “the prices generated in this extreme scenario in which either gold or bitcoin become the reserve asset obviously need to be adjusted downward—they are just a starting point.”

“The upside on crypto seems much higher (around 33x) than that on gold (around 16x), although gold is the more straightforward initial response by central banks in particular,” the analysts wrote. “However, individual actors may be faster to act.” 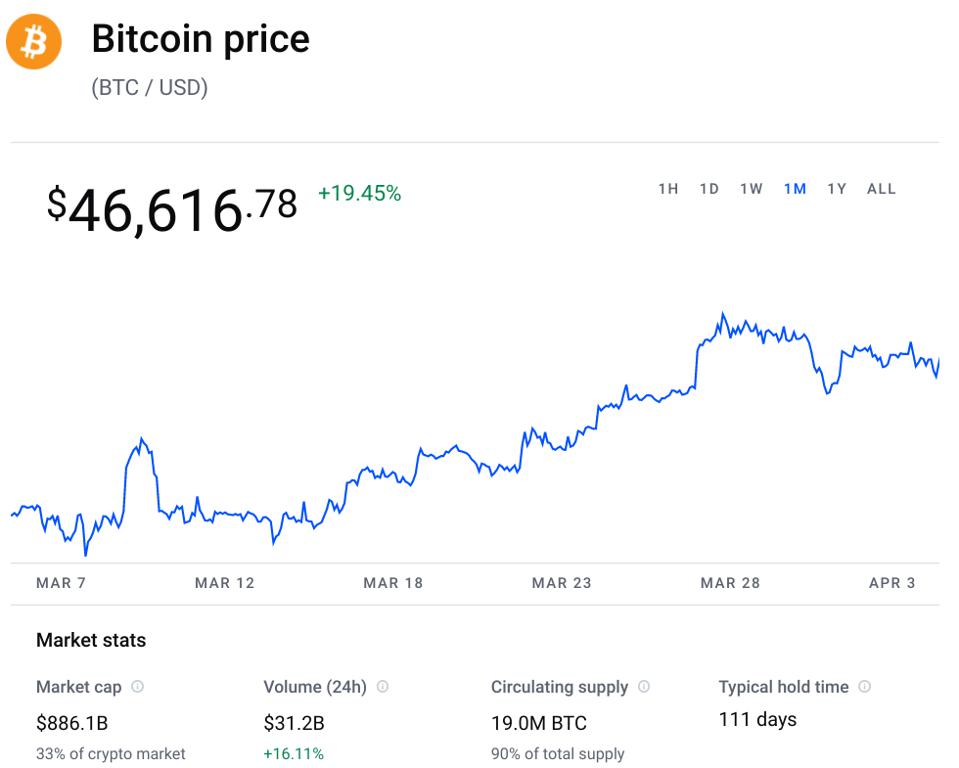 As a precedent set up from El Salvador, countries and central banks may start to buy bitcoin and these expectations have grown in the recent months. Another thing that could spark this interest to buy bitcoins is the recent sanctions placed on Russia including the ban from Swift and seizing of their foreign reserves.

In January, Fidelity predicted that other countries and, surprisingly, a central bank could follow El Salvador into bitcoin this year-saying that the people who buy bitcoin while the cost is low “will be better off competitively than their peers.”

“There is very high stakes game theory at play here, whereby if bitcoin adoption increases, the countries that secure some bitcoin today will be better off competitively than their peers,” Fidelity analyst Chris Kuiper and Jack Neureuter wrote in a note, adding they “wouldn’t be surprised to see other sovereign nation-states acquire bitcoin in 2022 and perhaps even see a central bank make an acquisition.”