The last two months have seen the BTC value cut in half from the top reached 3 months ago at $64k. Since the big drop, the bitcoin price has been ranging between $30k and $36k mostly.

Sudden spikes in BTC shorts on bitfinex happened several times recently as the chart below shows. It is worth noting that usually, the size of the shorts was around 20k BTC which is worth more than a half-billion dollars. And the sudden spike suggests that this is one entity opening this big position while FUD is usually spread over the media. 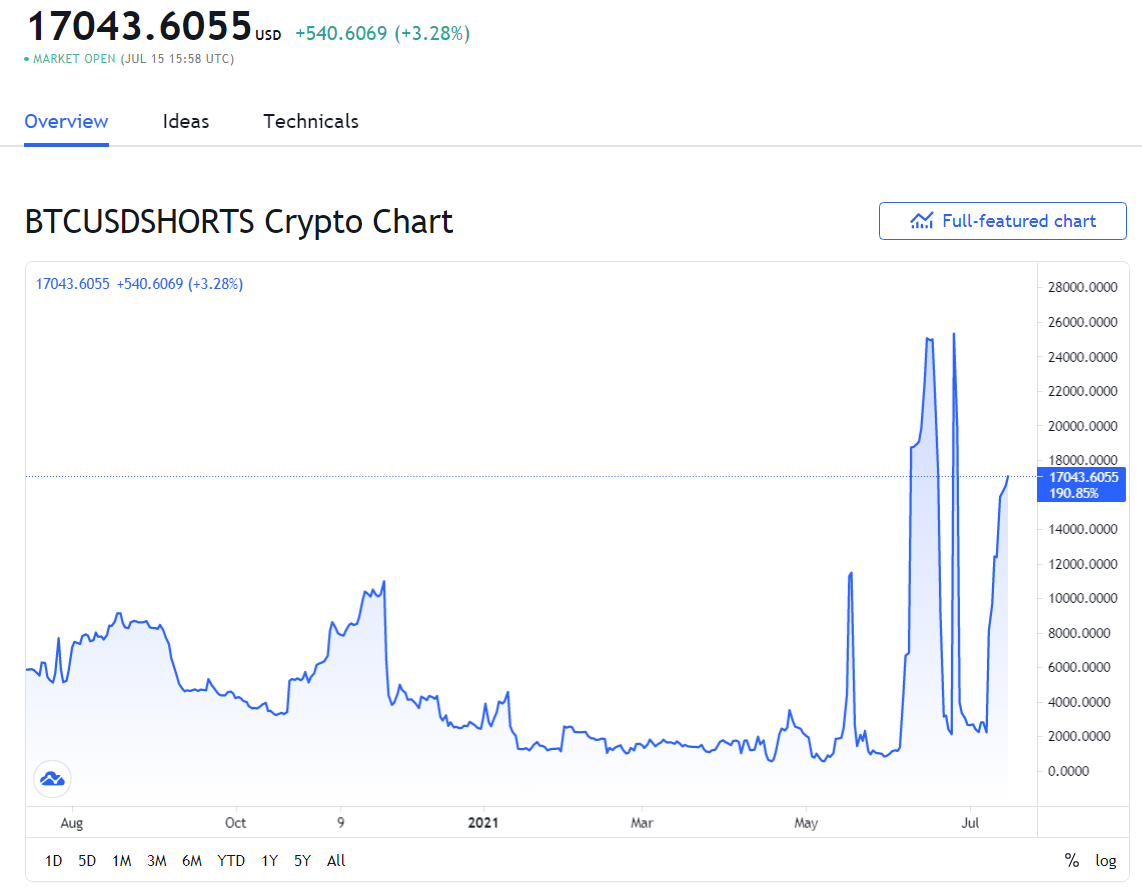 This shorts pattern according to the tradingview chart above happened 4 times. The last spike in shorts started on July 7th and continues to rise steadily.

This whale that is trying to scare the crypto market might be trying to accumulate bitcoin at lower prices shaking the weak hands before the take-off.  Glassnode insights also suggest that whales are accumulating.

Whales are buying back now! pic.twitter.com/DKEpOgeDDE

This time we have institutions on board and big players like Grayscale, MicroStrategy, Tesla and others but still, one entity can manipulate the market suppressing the price even after e 50% drop and crypto Twitter screaming we are in a bear market and bitcoin going down another 50%.

On the other side, the bullish scenario supported by Plan B model which suggests that we did not hit the top yet and that actually the bitcoin price is hovering at the bottom of the model and a further downside would invalidate the model which has not been broken never on the downside since the invention of bitcoin.

My on-chain data (color overlay in the chart below) tells me this bull is not over and 64K was not the top. That is in line with s2f(x) model. Also my floor indicator (not based on s2f) says we will not go below 47k Aug close. pic.twitter.com/K6Hfjdp26x

The fear and greed index has been at the lowest levels showing extreme fear. 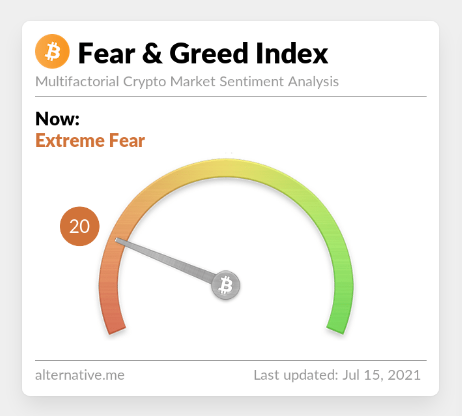 The question that arises now is are we going to kill the finex whale or is he going to eat the small fish?

I personally think we are about to get a short squeeze and the bears are left behind in the dust after a big green leg up.