Bitcoin is having a great year so far, the price of the top crypto asset more than doubled this year and 2012 is expected to be greater. The price of bitcoin hit $18,694 making the market cap of the crypto asset surpass that of the top during the 2017 bull, taking into account also that new bitcoins have been mined since then.

Only the last month bitcoin price increased nearly 50% hovering around the $20k ATH making the total market capitalization $350 billion while the institutional interests toward bitcoin increases.

Bitcoin analysts and speculators are eager to find out what will happen if bitcoin fails to break the ATH. An analyst thinks that it will be a two-year-long bull run toward the $1 trillion market cap.

Bloomberg Intelligence senior and commodity strategist Mike McGlone said in a recent Tweet that bitcoin or the digital gold as he call the crypto asset will likely reach $1 trillion in the next two years pointing that bitcoin is still in the early phases of price discovery before the mainstream adoption.

$20,000 #Bitcoin Is Primary Hurdle Toward $1 Trillion Market Cap —
The digital version of #gold but with more-limited supply and a history of adding zeros, appears to be in an early price-discovery stage and may simply continue its ascent in 2021. Mainstream adoption is rising.. pic.twitter.com/m4JSt5G09N

If the McGlone prediction becomes true, the bitcoin price should reach $50,000 in order to reach the $1 trillion market capitalization.

Bitcoin price has surged hard since the price fall in March this year due to the coronavirus effect. Later in the next months, the price was pushed up by the interest of wall street investors and Paypal, the giant payment processor that is making it possible for its 350 million users to buy bitcoin directly from their Paypal accounts.

Some think that bitcoin reaching the ATH again means more than that literally. According to Peter Smith, the CEO of Blockchain.com it is also a confirmation that more and more people trust putting their money in bitcoin, so it is also some sort of validation for the crypto asset.

“With all the buzz encompassing bitcoin coming to $18,000, I think the additionally intriguing advancement is the market cap of bitcoin being at an untouched high. In particular, that is energizing on the grounds that not exclusively are an ever-increasing number of individuals confiding in their resources for crypto, however, more capital is put resources into bitcoin than any time in recent memory. In these unsure occasions, it’s enormously approving for the save resource of crypto.” 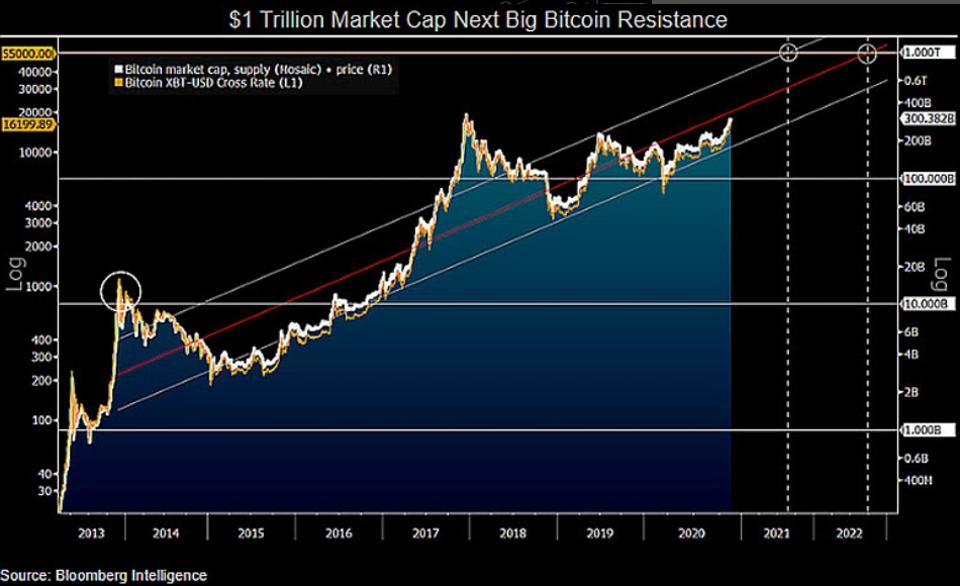 However other analysts are more conservative on the bullishness of bitcoin. Some think that bitcoin is not on its way to become a 1 trillion dollar market cap asset. They think that while the bull market of 2017 that saw bitcoin go from $1,000 to $20,000 in one year was driven by retail users, this bull run is driven by institutions. In 2020 we have Wallstreet investors and PayPal invested in bitcoin which will make the price more stable.

Still, conservative analysts are bullish on bitcoin. In the recent week, bitcoin saw a fast surge in price and a cool down is expected before we reach new hights.

Now bitcoin is not a gold rush but it has become a good investment.