More than half of all Ethereum validators filter transactions according to a US Treasury blacklist. Does this effectively censor Ethereum? And did Proof of Stake make this possible?

To enforce financial sanctions, OFAC at the US Treasury Department maintains blacklists of individuals or companies that no US citizen can do business with. Ethereum addresses can now also be found on these blacklists, for example from Tornado.Cash, a decentralized mixer.

Meanwhile, more than half of Ethereum blocks are formed in an “OFAC-compliant” way: the validators only confirm transactions that are not on the blacklists.

Nevertheless, this development is causing concern for the Ethereum scene – and causing a certain glee among Bitcoiners. Didn’t they always say that only Proof of Work is censorship resistant?

But is that really the case?

The Ethereum staker ecosystem is extremely diverse. With 32 ethers, the requirements for a validator are not trivial, but low enough to allow a large number of individual validators. 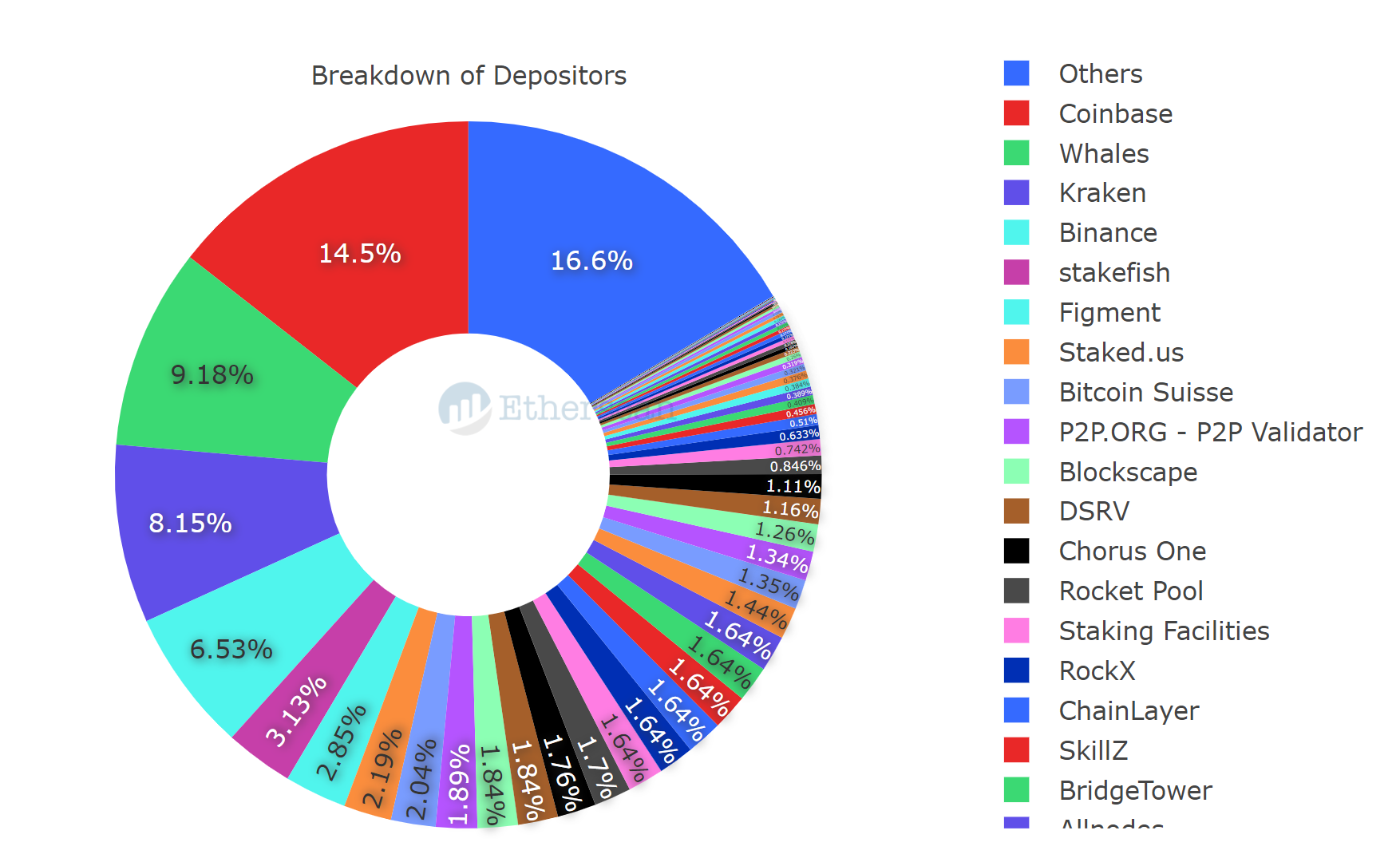 These validators do not personally enforce the blacklist. Instead, they adopt them through the so-called MEV boosters .

MEV Boosters are service providers that enable stakers to “sell blockspace to an open market of block builders.” According to some reports, this increases the return on staking by more than 50 percent, which is why around 60 percent of validators get their blocks from an MEV booster, a so-called “relay”.

By far the largest relay is Flashbots, which delivers around 80 percent of all MEV boost blocks. Flashbots filters transactions through the OFAC blacklist. Other, smaller relays do this as well, such as Blocknative and Eden Network.

Other relays refuse to be included in the OFAC blacklist. About BloXroute and Manifold. However, together they make up little more than 10 percent of the blocks formed by MEV Boost.

The website MEV Watch recommends validators who want to prevent censorship to use these MEV boosters.

So far the problem is more theoretical. If one validator doesn’t confirm the transaction, the other will. The transactions come through, but take a little longer.

Even in the worst case, the duration is bearable. With a current filter rate of 50 percent, it shouldn’t take 30 seconds for a transaction to end up in a block; even if the rate increases to 80, 90 or even 95 percent, it will hardly be more than 5 minutes.

An interesting game-theoretical mechanism comes into play here: if someone sends a non-OFAC-compliant transaction, they can use a higher fee to motivate validators or MEV boosters to confirm it.

Validators who refuse the filter will work more profitably; Pools that don’t filter can pay out higher returns.

How censorship can arise

So far there is no censorship. Just over half of stakers have chosen not to confirm transactions originating from sources that the US Treasury Department has declared illegal.

There is nothing wrong with that in itself. Freedom of speech doesn’t mean that everyone has to share and publish every message. If validators filter specifically, this can have positive effects. An example of this is when BloXroute offers to filter “front running”.

For the filter to become censorship, something crucial must happen: the OFAC-compliant relays or validators must not only reject certain transactions – they must force the other validators to do the same.

Technically this would be possible: the validators would have to refuse to build on a block that violates the OFAC blacklist. However, this would temporarily fork the blockchain and there would be a race between the two versions, the censored and the uncensored blockchain.

A censoring validator can only win this race if he has more than 50 percent of the validators behind him. A failed attempt is likely to be risky, since severe penalties are threatened by slashing.

On the other hand, the announcement alone should be enough to deter other validators from blocking transactions from the blacklist.

Proof of Work vs Proof of Stake

Bitcoiners feel right about the news. You’ve always said that Proof of Stake doesn’t work. Only Proof of Work is censorship-resistant. But is it really?

Basically, the problem exists independently of the consensus mechanism. A miner can also implement the OFAC blacklist with Bitcoin, and there are indications that some pools actually censor transactions.

And like Ethereum, with Bitcoin it is possible for miners to reject a block, fork the blockchain and race for the valid version. This was already done with Bitcoin Cash to prevent a bug from being exploited immediately after a hard fork.

The differences between Bitcoin and Ethereum are more in the details. There is no slashing in Proof of Work, so there is less risk for miners when trying to enforce censorship. Worst case scenario, you worked for free. On the other hand, Proof of Stake turns players who manage large amounts of ETH into influential validators, such as the exchanges Coinbase, Kraken or Binance. These exchanges cannot easily change location and are already regulated. It might be much easier for regulators to force them to enforce blacklists rather than miners.

My impression is that the risk of actual censorship is greater with Ethereum than with Bitcoin. But this impression is difficult to objectify. There is no censorship on any blockchain yet; theoretically it is possible on both.