Just as it is necessary to watch the first two seasons of any television series before viewing the third, it is also necessary to understand what web1 and web2 are before addressing web3. 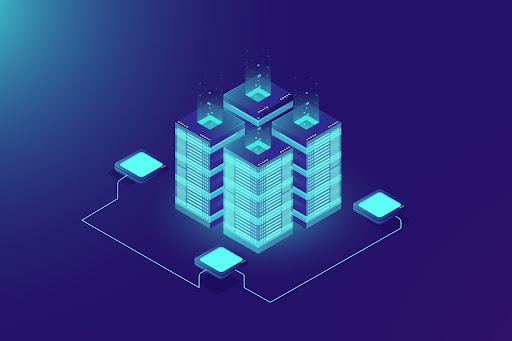 Web1, also known as the read-only web, consisted of static sites connected together by hyperlinks. It consists of HTML(Hypertext Markup Language) used for designing the web pages, URL(Unique Web Address) used for finding web pages and HTTP(HyperText Transfer Protocol) used for exchanging information on the web. The information flow on these pages was one way developed by the page owners so they were less interactive and user friendly.

Around 2004 we saw the emergence of Web2.0 where there was a change in the way we used websites. Websites were more interactive and users were not just a viewer but also content generators and a much larger part of the website. It was a shift from read-only to the read-write web.

Companies like Meta, Google, Youtube, Twitter and many more generated trillions of dollars in revenue for their shareholders in Web2 by leveraging the user data of billions of people around the world. They have changed the way we live our lives, the way we buy things, travel, connect with others, pay online, everything in our lives has been influenced by these companies.

The problem here is that these companies own the internet. They control the platforms and dominate the flow of information and money in them. It is highly centralized. This is where Web3 comes in.

How is Web3 revolutionizing the internet?

Web3 is the next generation of the internet which is more decentralized consisting of decentralized protocols where users not only contribute through content but also get to take part in the governance. Since people can also own a part of the network it is considered the read-write own web.

There are already many technologies that can be the backbone of Web3. Almost all main nets like Ethereum can serve this purpose. Technologies like IFPS can also decentralize networks.

Already thousands of decentralized apps(dapps) are being built in web3. These dapps often include native tokens which are used to add value to the people who hold these tokens and take part in the network. It’s a way of sharing the value that is generated from the network.

Currently, in Web2 all the requests are made to one centralized server which is controlled by the website we are visiting. This server contains all the necessary data that is required to run the website which is often our own data. In fact, the process of finding these servers is controlled by centralized servers which are called Domain Name Servers(DNS) which are used for domain routing on the Internet.

These are also controlled by a centralized group of companies like Amazon, Google and Cloudflare. This explains how centralized the internet is and the fact that our actions can be limited or restricted by the companies who control it.

There are many problems with a centralized system:

–Single point of failure: Centralised servers can go down and sometimes for long hours and in that time nobody can access the websites.

–Data Breaches: It has proved to be a lucrative business in the past few years. When we use a centralized application like Amazon we trust them with our data, it is not trustless.

-It is not permissionless, platforms reserve the right to kick users out.

This Centralisation of control and value is the reason why people are looking for an alternative.Web3 promises a decentralized alternative where people are users, owners, and developers. Metaverse is one such example where everyone gets to use, own and develop their own digital assets on the web3.

This is done through the backend infrastructure of singular nodes whose sole purpose is to maintain the network. If one of these networks goes down or gets hacked it doesn’t affect the broader network so there is no single point of failure.

The cryptographically secure nature of the network makes it trustless, nobody has to worry about their data or the security of the server. In order to connect a dapp in Web3, all that one needs is a Web3 wallet like Metamask. No KYC is required which makes it permissionless.

Web3 is not yet ready for mass adoption and the idealistic internet is far from reality. In fact, a lot of decentralized applications in Web3 still rely on Web2 conglomerates for their infrastructure. Only time will say whether the internet will be able to break out of the shackles of Web2 superpowers and make the internet fair and just again.