Some of the Biggest banks of the world faced a massive drop in shares price on Monday morning, amid the release of leaked documents on BuzzFeed about suspicious activity. Among the banks mentioned in the reports are JP Morgan and Deutsche Bank.

JP Morgan shares fell by 3.5% to their lowest levels since July. 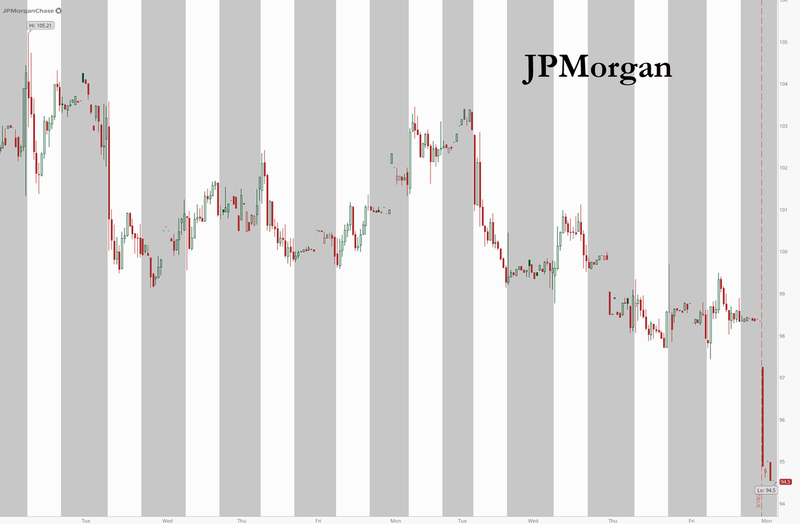 Deutsche Bank shares fell by 8.3% as the report pointed that 2 billion in suspicious transactions, 1.3 trillion were processed by Deutsche Bank.

European banks were hit mostly having their worst session in the last 6 months. The Stoxx Europe 600 banks index dropped 4.6% at its lows, the biggest daily drop in more than 3 months.

Bank shares around the world have plunged heavily this year due to the coronavirus crisis with the KBW Nasdaq Bank Index falling by 33%  and the European banks’ index falling by 43%. However, these same banks are getting bailed out from taxpayers’ money because they are too big to fail. Probably it will be a second stimulus package approved before the end of 2020.

On the other hand, bitcoin price has been more stable than bank shares and this is a good thing for the top cryptocurrency on its path for massive adoption.